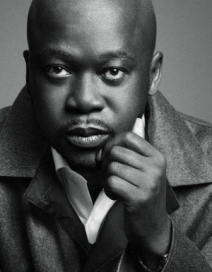 David Adjaye OBE was born in Tanzania to Ghanaian parents and his influences range from contemporary art, music and science to African art forms and the civic life of cities.
He founded Adjaye Associates in 2000 and immediately won several prestigious commissions.
Adjaye Associates now has offices in London, New York and Accra and is working throughout the world.
The practice’s largest completed project to date is the Moscow School of Management Skolkovo (2010).
Current projects include the Smithsonian National Museum of African American History and Culture on the National Mall in Washington DC,
the Alara concept store in Lagos, the Aishti Foundation arts and retail centre in Beirut and a new headquarters building for the International Finance Corporation in Dakar.